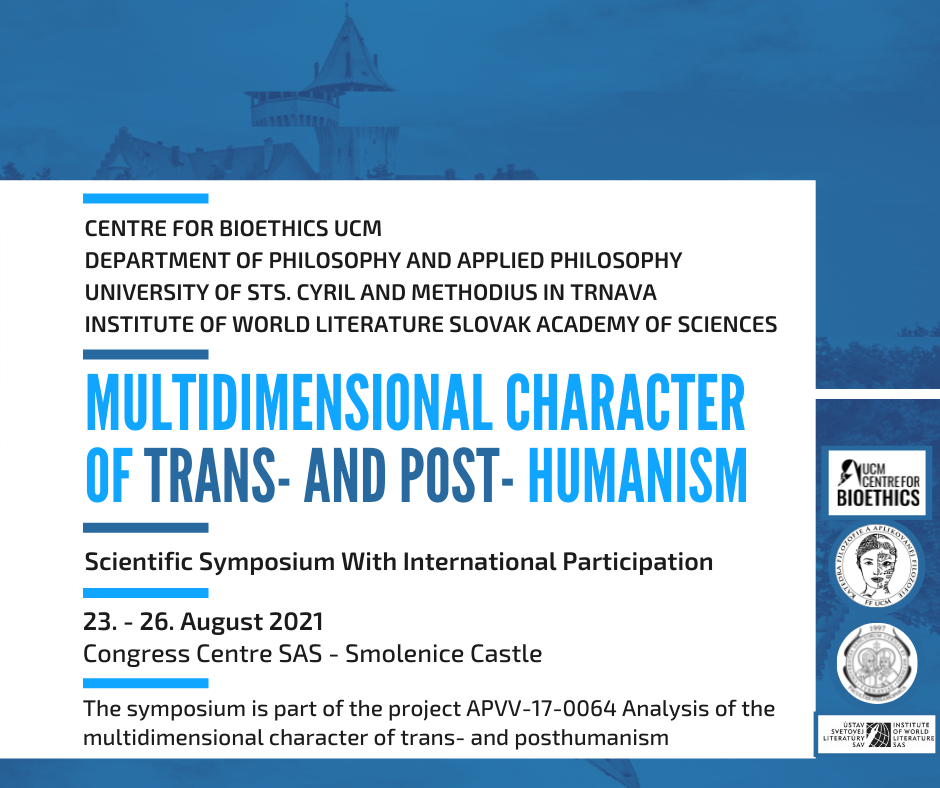 We cordially invite you to our scientific symposium on transhumanism and posthumanism which will be held at Smolenice Castle on 23. - 26. 8. 2021 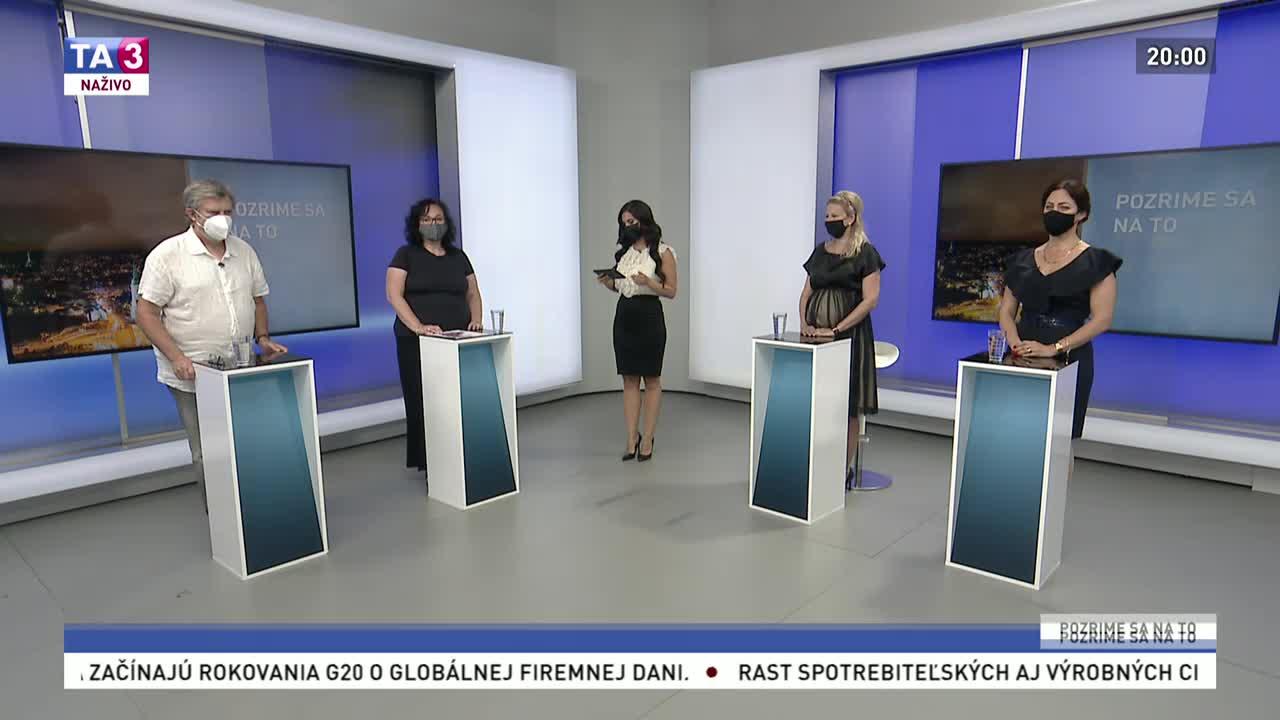 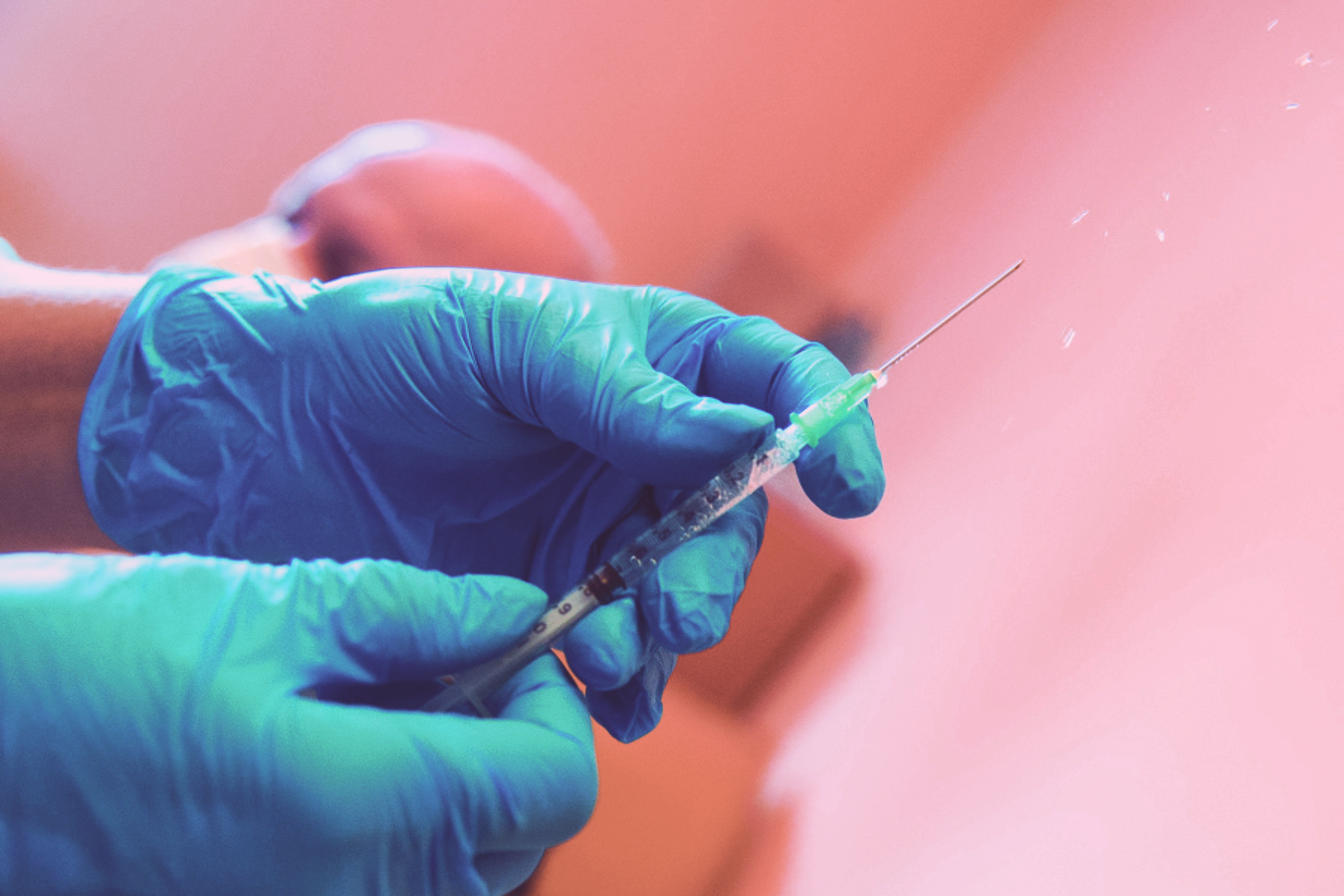 Interview with prof. P. Sýkora in the Slovak newspaper Pravda about the supposed conflict between individual rights and public health policy of Covid-19 vaccination. 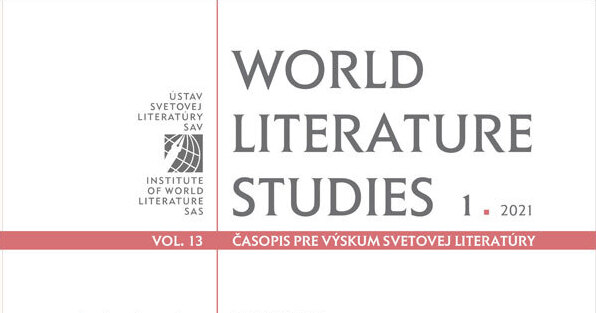 UCM CB is pleased to announce that the new special issue of World Literature Studies dedicated to Posthuman Topics in Literature and Other Arts is out now and freely accessible via the publisher website: 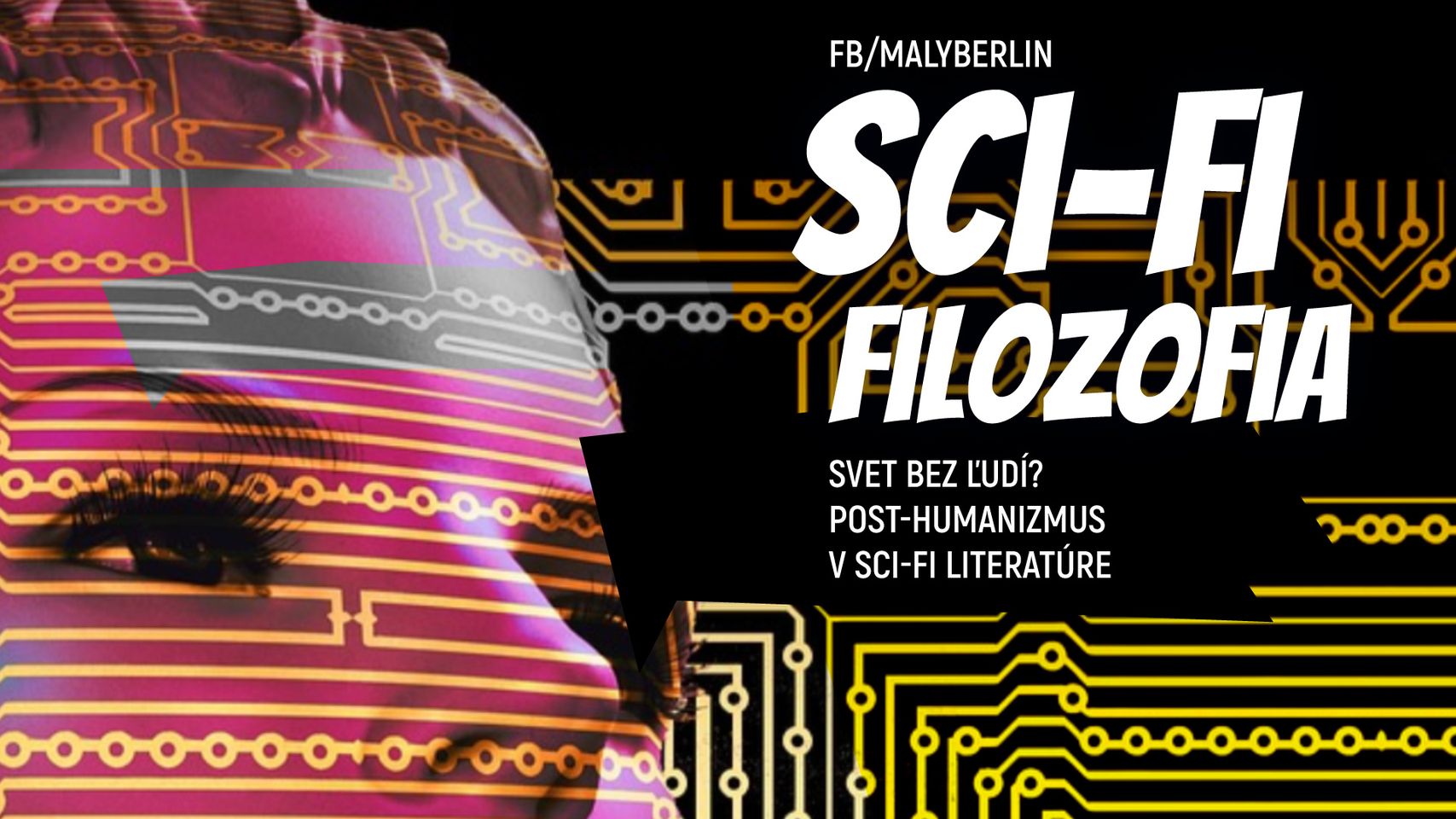 UCM CB invites you to join the live presentation of our new monothematic issue of World Literature Studies, which is dedicated to posthumanism and transhumanism in Sci-Fi literature.

Description: In a world scarred by a global epidemic scientist have recently come to spotlight. This time science isn’t seen just as one of the many servants of politics, but as the main pillar of society preservation. Does the pandemic situation mean new emancipation of science from politics and the defeat of charlatans, or is it just an attempt to move from the political to the biopolitical world? Prof. RnDr. Peter Sýkora, PhD. was interviewed by Michal Havran.

You can watch the full show Science: The new political force / Večera s Havranom from the archive of Slovak National Television here:

Description: The desire for eternal life and youth is the centre of many religious ideas and scientific theories. These ideas also inspire art and pharmaceutical industry. Why do we want to live forever? How close are we to achieve eternal life? What would life look like and what would happen to death?

Theme: The end of the anthropocentric model? / Večera s Havranom

Description: Will man cease to be the centre of the world? Is the anthropocentric model of the world ending? Technology, climate change, demographic shifts and transhumanism create new pressure on the world and forces man to redefine his position in the world. What rights and threats are waiting for the emancipated humans? Will we become the slaves of our progress? What will be the future uniqueness of man and his rights?

Desription: Discussion about the biologist and philosopher Peter Sýkora and his academic journey and achievements.

From Messianic Diaspora to Biomedia Avatars. New Traits of Eastern- European Reception of the East: From 18th to 21st

Sci-Fi Philosophy: The Problem of Extinction

Sci-Fi Philosophy: Sci-fi Democracy - The government of goverment of overhumans?